As with other companies, universities often tweak their brand to keep themselves relevant and up-to-date.  These adjustments can be a complete overhaul or minor tinkering as schools try to attract new students and prospective donors.

Below are 3 examples of rebranding among major universities. Each rebranded for different reasons, each matching their own needs.

Wharton.  When you hear the name, you think of bright students and future leaders of business.  But as Wharton’s dean, Thomas Robertson, described in a WSJ interview, they have 20 research centers in various places, and people may not realize all of these centers carry the Wharton name.  He was also concerned that their website was too similar to other top business schools and did not highlight their focus on their quantitative approach.

What did they change? “Knowledge is…” their new tagline.  With different endings for this tagline, Wharton ties together their various centers to fit neatly under one umbrella. Check out their rebranding video. 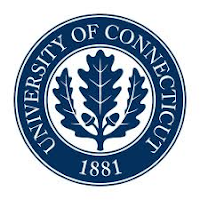 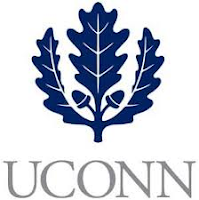 Sometime nicknames just stick.  One instance includes the University of Connecticut, often referred to as “UConn.”  So in an effort to capitalize on this “unique identifier,” school president Susan Herbst announced that the school would adopt “UConn” as the school’s name on school signs, letterhead, banners and web pages.

Nike’s sponsorship of the rebranding efforts for the athletic department may help explain the move, as Mayor Quimby once said: “You are tampering with forces you can’t understand; we have major corporations sponsoring this event.”  This may have something to do with the swooshes popping up in the UConn video.

There’s not a lot of data about how often schools should or do rebrand. George Washington University, a university founded in 1821, decided after just 10 years with a new emblem to switch again.  The inspiration for the rebrand in 2002 was primarily to make the emblem more visually friendly. What was text only became a marketable symbol with an image of George Washington alongside the university’s name.

The goal of the most recent change is a little less clear, with one of the developers explaining that they are trying to “have one visual identity.”  Maybe with a modern glamor shot they captured our founding father’s better side? Or maybe they just needed a reason to put rock music in their branding video. Hope they use these 5 tips to protect your online brand once they have decided what it is.

Along with these examples of rebranding, we’re starting to post about higher education. Check out Content Strategy for Higher Education.